The group feature will in general move selected shape in a newly created cell and place a reference to the new cell in the design so that the resulting design will not change. In detail there are 4 variants of the group feature: 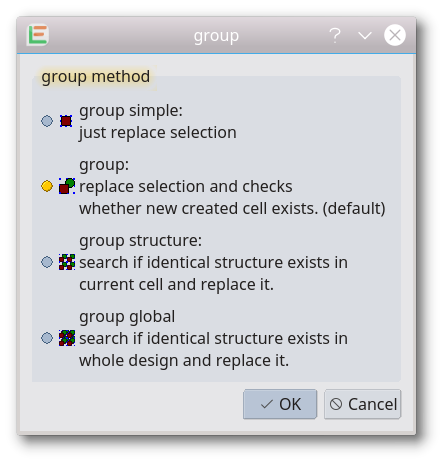 The flat feature is the opposite of the group feature. Shapes in a referred cell are copied to the current cell and the cell reference is removed. As a result, the design content is not changed, but just the cell hierarchy structure. The flat feature lets you choose how many levels of hierarchy should be removed. On cell arrays, a one-level flat will convert a cell reference array to a set of single references. A further flat or a 2 level flat will move the shapes of the referred cell into the current cell.